One of the fagotts has a premiere! 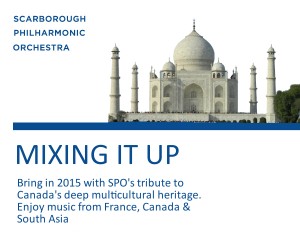 Mannschaft member Catherine has an exciting concert coming up! Surprisingly, she’s not playing her bassoon– she has a new work premiering that she wrote with her partner in life and crime, Spy. It will be presented by the Scarborough Philharmonic Orchestra on Saturday January 17, 8PM, at St. Paul’s L’Amoreaux Anglican Church, 3333 Finch Ave E (at Warden).

Spin Doctors for clarinet, violin and piano is a jazz-inspired exploration of how political messaging is presented and distorted. The clarinet and violin represent two characters establishing their platforms, attempting to discredit their opponent while ensuring their message is loudest. The piano serves as moderator, trying (sometimes unsuccessfully) to keep things civil between the clarinet and violin. 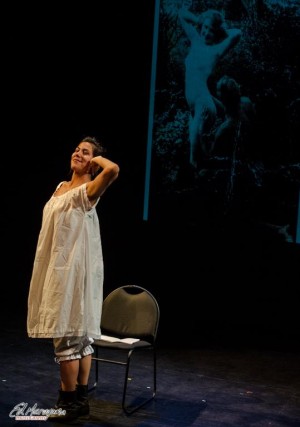 Victorian Secrets was presented to a sold-out crowd!

Catherine and Spy have a long history of collaborative composing. Together, they co-created the Dora-nominated opera, Giiwedin, which premiered in April 2010 and was remounted in 2014 by Wilfrid Laurier University’s Faculty of Music. They have also composed shorter works for chamber ensemble, including Deux Poèmes Sur La Formation Des Glaces and Bike Rage, which won the 2013 Baroque Idol composer competition by audience voting.

More recently, their theatre cabaret piece, Victorian Secrets, was presented at Native Earth Performing Arts’ Weesageechak festival to a sold-out audience in November 2014. AND they are currently completing their SECOND full-length opera with the support of OAC and TAC, as well as various musical commissions and other projects.