A huge thank you to everyone who came out to see us play last night at Byzantium on Church Street! We had an amazing time, and it was such a thrill to play for a packed bar! Big shout out to our brass-playing friends from Sudbury who drove all the way down to Toronto to hear us play!!!

We hope that you had as much fun as we did. It’s always a blast to make music together, but it’s even better when the energy from the crowd revs us up. Byzantium was flowing with positive bassoon-loving energy that made our night really exciting. Joined by the beautiful Eve Angelica, we had an absolute blast and can’t wait until our next show! 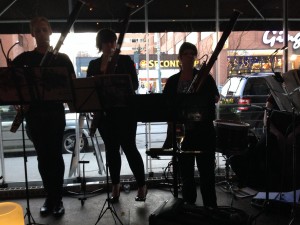 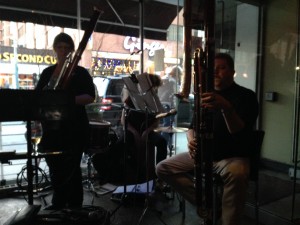 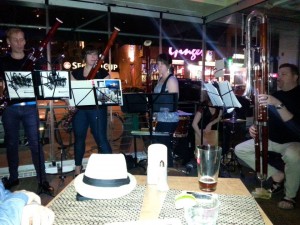 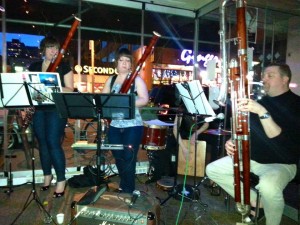 Also, for those who heard it…who was in love with Laura Savage’s cajone playing? The space was too small for a drum kit, so Laura had to improvise a drum set up…so she brought her cajone, a high hat and a few small percussion instruments. I’m sure it was a challenge for her to figure out how to play a standard rock beat without a drum set, but she was absolutely amazing…the highlight of my night was her interpretation of “Smells Like Teen Spirit”. I think I actually squealed out loud it was so good!

Here’s a few vids that got posted of us thanks to Victor! Hopefully we will get a few more up on youtube (so keep checking in!) 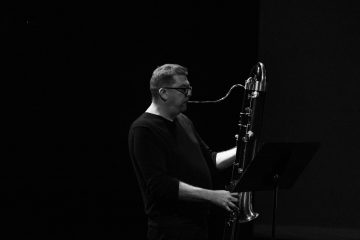