Big News in the Bassoon World

Published by Susan Durnin on December 9, 2014

So, big developments in the Toronto bassoon world are happening…not only does DFM have a show on Friday December 12, 9pm….but Nadina Mackie Jackson has announced a huge event on her blog.

The big development is a pet project that is being organized by Eric Macarios, Nadina Mackie Jackson and Susan Durnin. It is the first ever Bassoon-Day to be held at the University of Toronto. Many other big cities have bassoon days, where a whole herd of bassoonists show up, geek out and perform a fantastic concert, but Toronto has been holding out until some reeeeeeeeeaaaaaaaaly fabulous people came along to organize one.

Bassoonapalooza – Sounds to the future is on February 28, 2015. There are already about 12 guest artists involved including Lecolion Washington from Memphis and Das Fagott Mannschaft from Toronto! Bassoonapalooza is open to the public, so come on out and hear all the crazy things that some of the top bassoonists are up to these days. 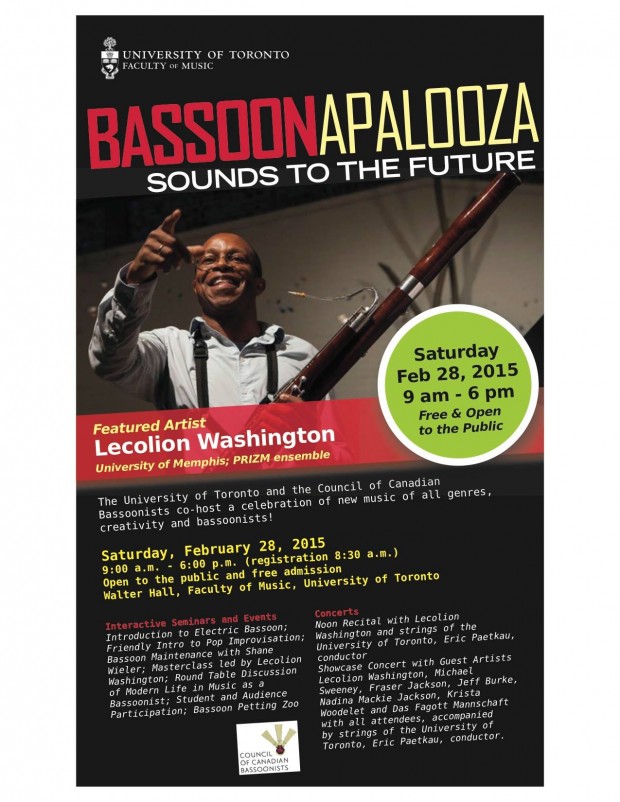